Officers Richard VAOW and Tyler NORTON were awarded commendations by the Forty Fort Police Department on 10/31/2022.  Officer VAOW was commended for an incident involving an armed and suicidal/homicidal male who was threatening "you will see a bunch of dead cops".  Officer VAOW and officers from Swoyersville and Courtdale, without regard for their own safety, took the male into custody and recovered a fully loaded, illegal firearm with an obliterated serial number.  Officer NORTON was commended for taking swift action while assisting on a traffic stop, intervening to stop an intoxicated driver from driving away and avoiding a potentially deadly outcome.  The commendations were approved by the Chief of Police and note that the actions of both officers reflect great credit upon themselves, the Forty Fort Borough Police Department, and the law enforcement profession. 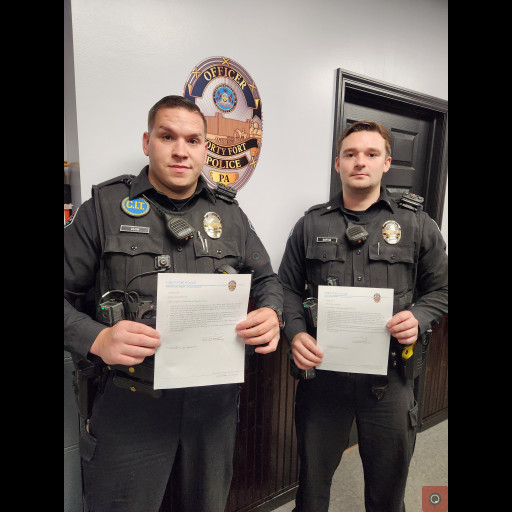