Man who stated “you will see a bunch of dead cops” is arrested.

At approximately 7:14 pm on Thursday, 06/09/2022, Forty Fort PD received reports of threats made by Derek KONKUS, 28, of the 1200 block of Murray Street in Forty Fort.  KONKUS was reportedly acting strangely, using drugs, and making threats to kill himself and others.  KONKUS was reported to be armed and allegedly said that if someone called the police on him, “you will see a bunch of dead cops”.  During the subsequent investigation, Officers learned that KONKUS had an outstanding warrant out of the Luzerne County Sheriff’s Office.  Officers from Forty Fort, Swoyersville, and Courtdale located KONKUS and took him into custody without incident.  KONKUS was in possession of a fully-loaded KelTec P3AT .380 semi-automatic handgun with an obliterated serial number.  KONKUS was lodged at the Luzerne County Correctional Facility on the outstanding warrant and additional charges are pending.  Forty Fort PD would like to thank the assisting agencies for acting swiftly to get an armed, suicidal/homicidal person into custody, without regard for their own personal safety, and for their help in taking a dangerous weapon off the street. 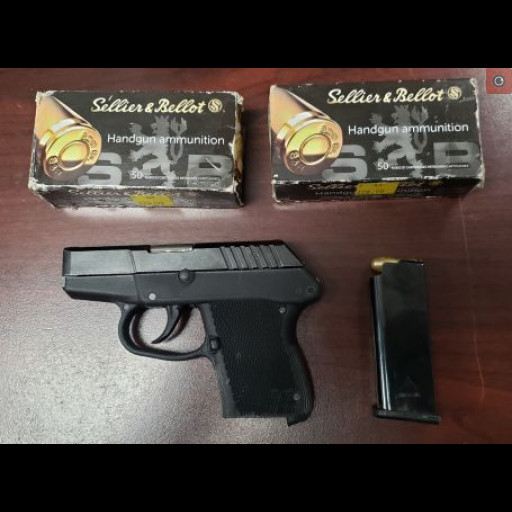